The Road Ahead: Fiscal Federalism in Canada and the Challenges of Multi-Level Governance, Population Aging and Universal Education Financing 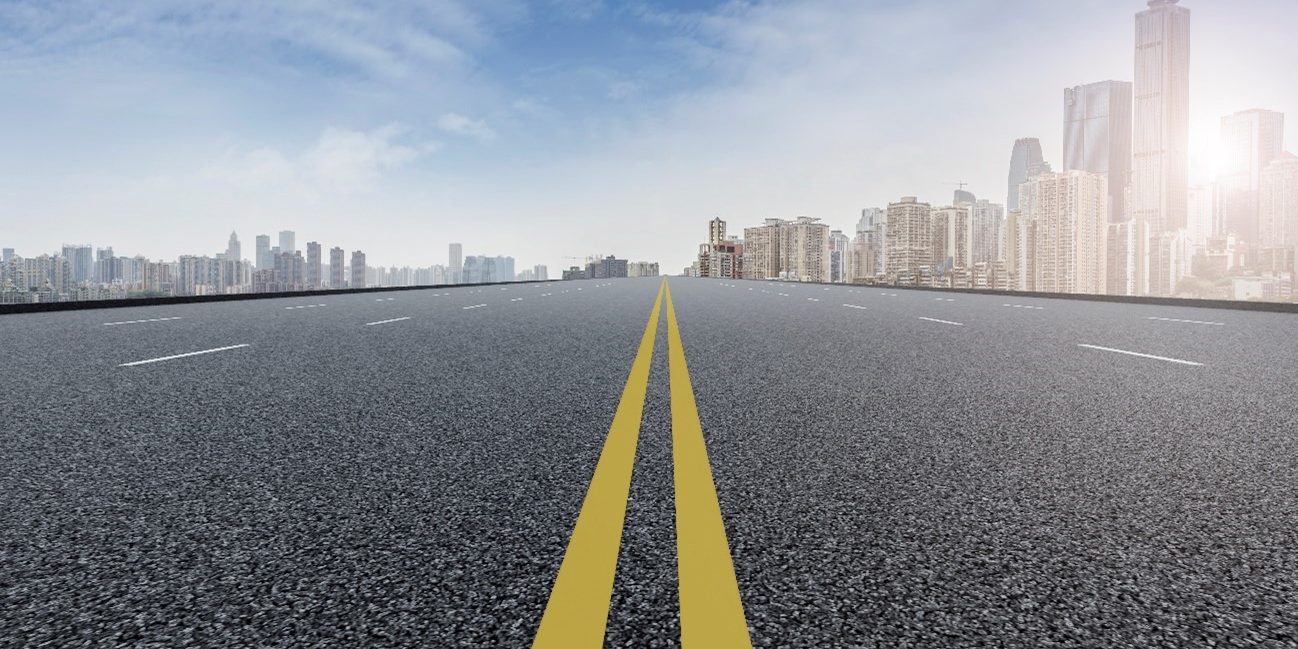 Originally from Haiti, Ms. Borgella is a career civil servant who has worked in various capacities and held several positions in two public institutions in her country: the Ministry of Public Health and Population and the Economic and Social Assistance Fund. Coordinator of public programs. Accounting manager, public procurement manager, financial manager, Ms. Borgella is currently in her third year of doctoral studies in public administration at the University of Ottawa. She has a background in accounting and is certified in Organizational Culture Inventory with Human Synergistics International. She also holds a Master’s degree in Public Administration and two specializations in Public Procurement Management. Her current research focuses on the organizational and cultural barriers that prevent the integration of generalizable public management standards in specific contexts. She is a member of the Centre on Governance at the University of Ottawa where she collaborates in various research projects.

The cohesion of collective action remains a constant quest for any government concerned with results. This search for cohesion is an essential lever of public management and is increasingly important in a federation such as Canada, where public powers are shared between the federal government, the provinces and territories and the municipalities. It is visible in the institutional arrangements linking the different tiers of Canadian public governance, of which fiscal federalism is an essential element. In fact, “federal transfers to federated entities are a key component of the dynamics of the relationship between Ottawa and the provinces,” as Charland (2021) points out. However, to optimize fiscal federalism’s results, the instruments used to facilitate interactions between the different levels of governance need to be enhanced because of certain difficulties in appropriating these instruments, particularly by the municipalities (Champagne, 2021).

At the same time, fiscal federalism reflects governments’ planned responses to public problems. While Canada’s fiscal architecture has made it possible to place universal primary and secondary education at the top of the agenda (Wallner, 2021), aging population care remains an insufficiently addressed public problem (Marier, 2021). Based on these considerations, this paper draws on the presentations from the third panel of the first Canadian Fiscal Federalism Conference to explain some of the challenges facing Canadian fiscal federalism. Thus, the subtleties of implementing institutional arrangements to support multi-level governance, the low priority given to aging population care, and the difficulties faced by the federal government to achieve a performance similar to that of the provinces in terms of its role in maintaining universal and quality education for Canada’s children are problems that Canadian fiscal federalism must consider. These issues require further examination and will be addressed briefly below.

Drawing on Young (2013) and Andrew et al. (2002), Éric Champagne explained that, in the context of Canadian fiscal federalism, multi-level governance reflects its relationship dynamics, which are structured through institutional arrangements between the three orders of government. Municipalities are creatures of the provinces, which grant them jurisdiction over the provision of local public services. At the same time, certain areas of taxation are transferred to them, but municipalities have limited taxing power. They derive a large part of their resources from property taxes and service fees. Major investments such as basic infrastructure (roads, cultural facilities, etc.) are funded by often conditional transfers from the federal government, or by sharing a tax field, as is the case of the tax on gas.

This division of responsibilities requires institutional arrangements and practical policy instruments to catalyse the relationship between the three orders of government. These arrangements can take the form of bilateral agreements, tripartite funding, or public-private partnerships. However, in a study of some small municipalities, Champagne (2021) found that they have not been able to fully integrate the structure of all funding models. They play a limited role in public policy discussions and often have difficulty accessing federal funds and PPPs. The transaction costs of such arrangements are particularly high for municipalities, while the accountability structure is quite complex and somewhat confusing.

Thus, it is important to keep in mind that multi-level governance is not a simple issue in fiscal federalism. Levels of government are linked through bridges that need to be refined to promote greater efficiency in public action. As Champagne (2021) argued, the question of which instrument would best support the principle of subsidiarity and give cities more spending autonomy must be addressed. However, beyond the intricacies of multi-level governance, Canadian fiscal federalism faces other challenges, such as those related to the care of an aging population.

How Does the Aging Population Fit into Government Priorities?

Projecting population aging as a public problem, Patrik Marier fueled the discussion on issues of vertical and horizontal intergenerational equity and on issues of autonomy of care for the aging population regarding health policies. He considers that the problem of the aging population is somewhat marginalized with respect to the budget, which only minimally includes long-term care. Few resources are allocated to the offices responsible for serving the elderly. In addition to medical care and pensions, social programs dedicated to the elderly receive little or no federal support. As a result, home care is prioritized by the provinces and is largely provided by the private sector or volunteer groups. Plans for the care of the aging population are inactive at the provincial level and coordination of initiatives between the provincial and federal levels is done at the margins, notes Marier (2021). 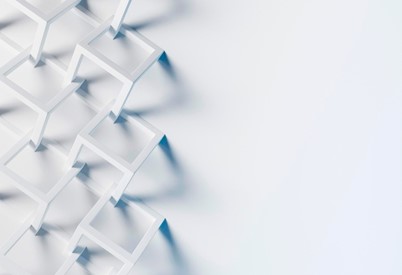 Thus, a preferential option is given to universal education compared to social provisions supporting the aging population. From Jennifer Wallner’s presentation, it is possible to highlight the various institutional arrangements designed by both the federal government and the provinces and territories to sustain the quality and universality of elementary and secondary education across Canada over time. Indeed, “it is the most emblematic of Canada’s social programs,” notes Wallner (2021). This sector differs from others in that access to education is independent of household resource conditions. It is a more stable and predictable public policy area because cost fluctuations in this sector can be identified and therefore anticipated more easily.

In terms of governance and management practices, elementary and secondary education fall under the exclusive authority of the provinces and territories. Public (provincial) investments in this sector are relatively comparable across provinces. This can be explained by two assertions. First, there is a consistent regulation that is supported by the centralization of management at the level of ministries of education. Whether private (which are very few) or public, elementary and secondary schools are heavily regulated by the respective provincial ministries of education.

Second, with a few exceptions (Manitoba), provinces provide full funding for public schools; or compensate, through grants, for the cost of private education. The principle of full funding ensures the same basic level of funding for the education of all children living in Canada. At the same time, ministries of education are given sufficient authority to ensure that the provincial share of education budgets is strictly adhered to. They also have effective autonomy in their management.

These arrangements underpin the vision of universal and equitable education across Canada’s provinces and territories and support the excellence of this worldwide recognized system. Canada is one of the top 10 countries in the world for primary and secondary education. However, although limited, the federal government also plays a role in education and its interventions involve vertical and horizontal relationships between levels of government. The federal government is responsible for the education of First Nations children on reserve and for funding minority language education communities through Canadian Heritage.

While the results of education interventions under the full responsibility of the provinces are quite convincing, the record of the federal government in carrying out its responsibilities in this area is not very flattering, according to Professor Wallner. These programs are underfunded and established with short-term horizons. This does not ensure stability and predictability of cost fluctuations for the provision of quality education for First Nations children living on reserve, as is the case for the provinces. In 2016, a new multi-year funding model was introduced by the federal government, and concrete and tangible improvements in the quality of education offered to these children are expected. With respect to funding for minority language education communities, the formula is based on a bilateral negotiation approach with each province and territory. These funds have been frozen for the past 10 years and have only seen an increase in 2019; such increases are highly conditional (Ibid.).

Finally, it can be noted that education spending is fairly equal per child enrolled in Canada thanks to robust and compatible funding arrangements across provinces and territories. The full funding formula for elementary and secondary education used by the provinces, their autonomy of intervention (no intergovernmental agreement) and the centralization of management at the level of the ministries of education make it possible to mitigate conflicts or quarrels between the levels of government. A similar alignment of public interventions for the aging population would be an ideal approach not to lose sight of the principle of equal treatment for all. Furthermore, it will be necessary to ensure that the institutional arrangements linking levels of governance contain few – or no – nodes.

(2020). Education Indicators in Canada: An international Perspective. Tourism and the Centre for Education Statistics. Statistics Canada and the Council of Ministers of Education Canada. https://www150.statcan.gc.ca/n1/en/pub/81-604-x/81-604-x2020001-eng.pdf?st=u5VhIn7N

Marier, P. (incoming book). Planning for the future in Canada: The four lenses of population aging. University of Toronto Press.