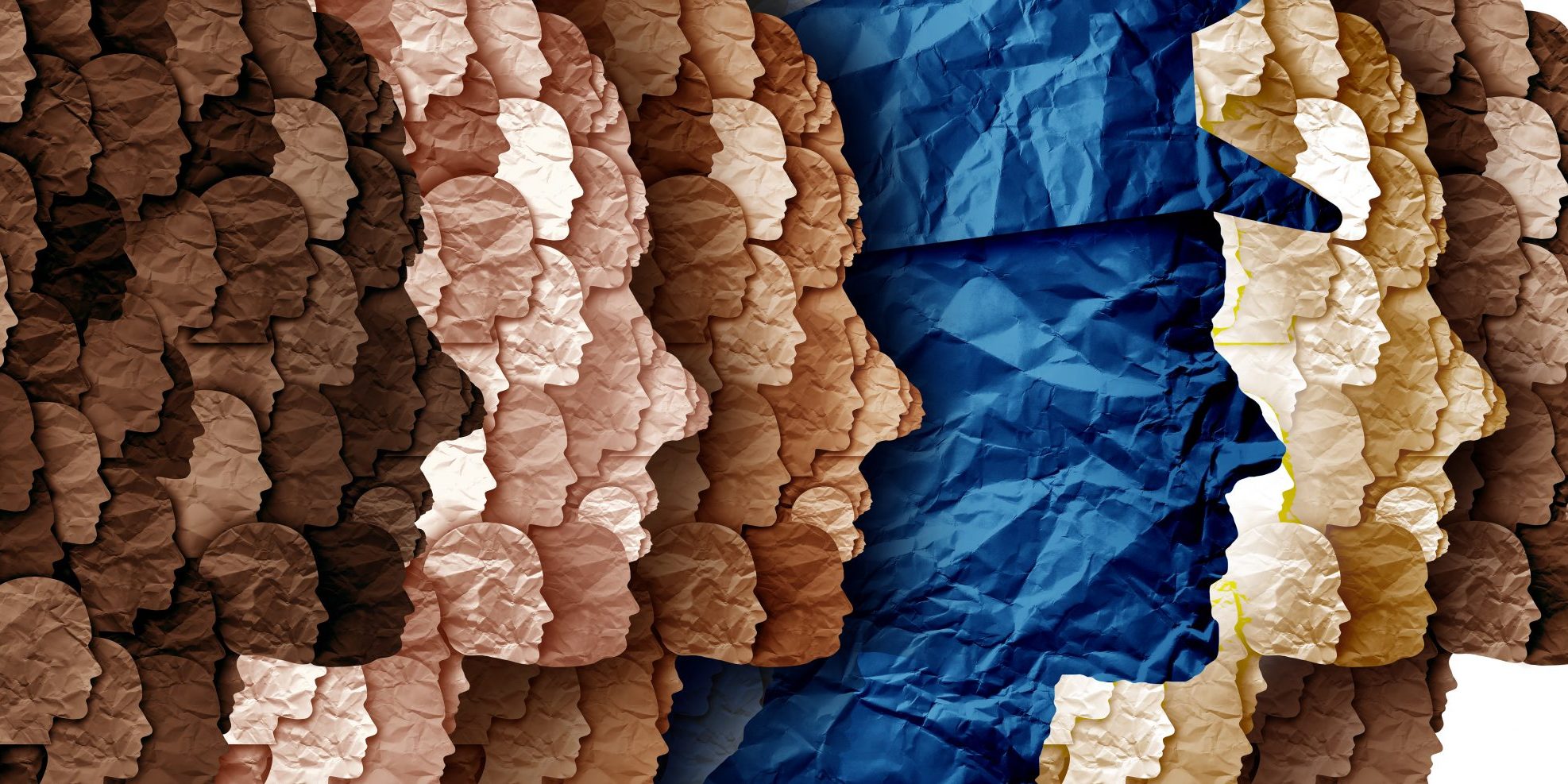 Asma Zribi works as Project Officer at the Forum of Federations. She has an Honours Bachelor of Social Sciences with a Major in Criminology and a Minor in Law from the University of Ottawa.

The outbreak of COVID-19 impacted how governments operate and deliver services, including security. The pandemic shone a spotlight on governance shortcomings in supporting the most vulnerable and underrepresented populations, who have been disproportionately impacted in health and economic terms. State security providers, in their turn, have been required to cooperate with public health authorities, adapt to rapidly changing emergency regulations, and provide services that are not generally within their mandates.

The Costs of Policing the Pandemic

The literature on pandemic policing in mature liberal democracies points to the dynamics associated with shifting public perceptions of and attitudes towards law enforcement in times of crisis (Perry and Jonathan-Zamir, 2020). During the initial stages of an outbreak, the police tend to gain relative public appreciation as their function appeals to citizens’ expectations to respond to a common threat. This was indeed the case during the response to COVID-19, based on surveys conducted by Gallup (2020).

Nonetheless, as Perry and Jonathan-Zamir (2020) argue, the costs of policing the crisis become prominent as public perceptions of threat from the virus subside or the pandemic situation becomes the “new normal.” As a result, although necessary and proportionate limits to civil liberties can be permitted under human rights standards to protect public health during emergencies, individuals or communities may perceive measures such as collecting intelligence or restricting movement as intrusive. For example, the implementation of a ‘health pass’ in countries such as Italy and Australia, which would limit the movement of individuals who have not been fully vaccinated, has contributed to a polarizing effect towards governments’ health measures, triggering mass protests and negative police-citizen encounters.

Another dynamic that accounts for public views of policing can be attributed to the securitization approach embraced by some countries in their response to the pandemic. For instance, as Elisha Aaron (2020) argues, the reliance on securitization in countries across Europe makes policing appear less accessible and service-oriented. It can further have the effect of diverting emergency responses away from strategies aimed at supporting the medical infrastructure needed to uphold individuals’ and communities’ rights to life and health. Moreover, the reliance on military-style policing approaches in many countries, including Kenya, the Philippines, and El Salvador, has exacerbated marginalized groups’ unequal treatment and led to several instances where police used unlawful force to implement emergency measures.

Although in many countries, police reliance on coercive measures to enforce lockdowns and mitigate the spread of the virus led to an abuse of force and thwarted trust in the police, we have also seen ways in which the pandemic has created opportunities to rebuild police-community relationships. For example, the culture of violence within the Nigerian police forces – having been accentuated during the pandemic – fueled public protests for reform and accountability of the police. These efforts resulted in disbanding the Special Anti-Robbery Squad (SARS) and introducing judicial panels of inquiry.

In Pakistan, initiatives from civil society organizations such as the Corona Solidarity Campaign helped develop standard operating procedures for police interactions with vulnerable populations, including prisoners (Abbas, 2020). Moreover, with the pandemic precipitating an increase in domestic violence in many countries, cities in northern India have implemented all-women police stations, which studies have shown to contribute to reducing violence against women (USD News Centre, 2021). These examples demonstrate how the pandemic has acted as a catalyst for democratic participation and trust-building between police and the communities they serve.

While the full scope of impact of the pandemic on policing remains to be seen, security sector governance and reform (SSG/R) will be more relevant than ever as we move towards a post-pandemic world. Considering the importance of the police as state security providers and their proximity to individuals and communities, SSG/R becomes concerned with the effectiveness and accountability of these government services. This provides an opportunity to contemplate how federal frameworks can enhance the administration and delivery of security to ensure that it works for the people. 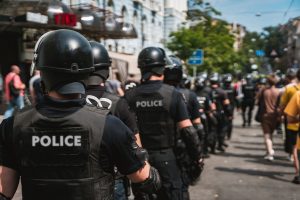 Policing in Federal Systems: The Case for Decentralization?

The pandemic has shown that no single level of government or agency can handle these challenges on its own. While some operational fragmentation and duplication is inevitable in any polycentric system marked by overlapping jurisdictions and complex regulatory mechanisms, Leuprecht and Kölling (2018) note the importance of balancing between self-rule and shared rule in promoting the effectiveness and efficiency of public security provision. This entails ensuring that formal vertical and horizontal cooperation mechanisms are in place to facilitate the inclusion of local knowledge and information sharing and coordinate the distribution of resources and capabilities. Such cooperative structures have proven to be of particular relevance during governments’ responses to the pandemic, as highlighted in a recent report by the OECD (2020).

Moreover, worldwide media visibility on police violence is making more apparent the importance of working with communities to identify and address their security needs. Community-police partnerships can be valuable in establishing good data gathering and analysis mechanisms and creating incentives for administrative reforms. However, reform through police-community partnerships does not come without its challenges. As federalism experience shows, decentralization can lead to a lack of consensus among elected politicians at different levels of government (Eaton, 2008). Accordingly, a dearth of local fiscal autonomy can result in misalignments between national and local priorities, which can hinder reform (Leuprecht et al., 2018).

Although decentralization does not guarantee democratization, it can bring policing closer to the people and promote the adoption of inclusive problem-solving processes. In addition, as Eaton (2008) argues, decentralized forms of federalism lower the financial risks associated with experimentation which gives subnational politicians incentives to adopt innovative policing practices. Finally, decentralized and community-based policing can facilitate local checks and enhance accountability, which by extension can translate into more local control of and trust in the police.

Trust in the integrity of the police is indeed essential. Trust not only forms the basis upon which the legitimacy of public institutions is built but is also crucial for creating social cohesion and fostering stable democratic systems (OECD, 2021). In the context of transitioning democracies, Sujit Choudhry (2020) points to the importance of creating and maintaining stability as a prerequisite for ensuring a successful democratic transition. However, he notes that perceptions of the complicity of police and intelligence agencies in the activities of the previous regime can undermine their integrity, preventing them from fulfilling the task of ensuring stability.

Security sector reform is no peacebuilding panacea. However, it can serve to foster trust between communities and police forces. As Amit Gupta (2021) notes, implementing peacebuilding strategies such as SSG/R may not be sufficient to initiate peace since a conflict may be driven by external and high-level elite incentive structures beyond a fragile state’s de facto administrative capacity. Regardless, Professor Gupta highlights the importance of re-establishing a new national identity through security sector reform. He explains how unity can be achieved by constructing a security apparatus that is both ‘functional and symbolic.’ As such, security sector reform can serve as a means and an end in itself, providing a venue for democratic participation and accountability. In turn, the balancing exercise between self-rule and shared rule can promote good security sector practices by improving relationships between communities and police and creating a stable environment that allows for engagement in effective peacebuilding.

The democratization of state security is no easy task. It is one that would involve proactive engagements with state elites and local communities. Nonetheless, as we move toward the post-pandemic era, security sector reformers have the critical task of developing new models for intervention that suit the unique context of a pandemic-vulnerable world. In this respect, federal models of governance are valuable by virtue of their flexibility and overall genus of shared rule and self-rule, enabling states and populations to (re)define the contours of their social contract in favor of a normatively aligned, informed, and responsive system of governance.

The author would like to thank Liam Whittington and John Light for their constructive comments and edits on earlier drafts of this article.

OECD. (2020). The territorial impact of COVID-19: Managing the crisis across levels of government. Organisation for Economic Co-operation and Development. Available from: https://www.oecd.org/coronavirus/policy-responses/the-territorial-impact-of-covid-19-managing-the-crisis-across-levels-of-government-d3e314e1/