Movements Toward Reconciliation? Federalism and Indigenous Rights in Australia and Canada

You are here:
AustraliaCanadaFederalismIntergovernmental Relations 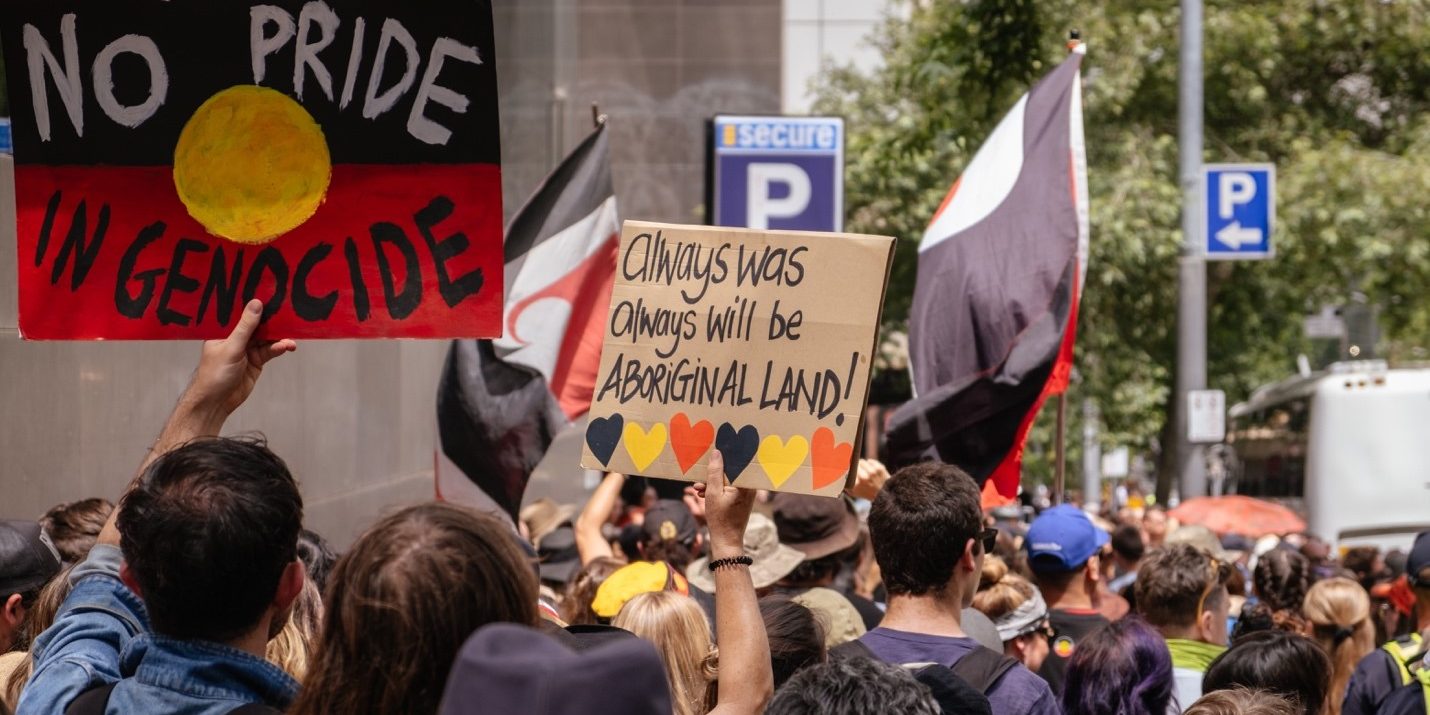 K. Hunter is a graduate student at the University of Ottawa pursuing a master’s degree in International Development and Globalization. Katie worked as a Research Support Officer with the HQ team at the Forum of Federations. She has worked with a variety of community and international development organizations and is dedicated to disability justice.

The rights of Indigenous peoples around the world is an important and complex topic that has been a persistent struggle in many countries. Notably, the federations of Canada and Australia have faced scrutiny for human rights abuses against their Indigenous populations since colonization. Consequently, Indigenous communities continue to struggle with gaining recognition and respect of their rights as colonial structures persist. Alongside these pervasive colonial systems, the centering of assimilation over self-determination resides at the core of many challenges in state-Indigenous relations and is evident in the cases of Canada and Australia, where limits to constitutional recognition and interpretation further marginalise Indigenous communities. This blog considers the federations of Canada and Australia, where assimilationist policies have decimated government relations with Indigenous peoples and new methods of fostering governance that are inclusive of all are being explored and applied.

Governance and Indigenous Rights in Canada

“The premise of Canadian federalism is that the peoples who founded the country were sovereign nations before confederation, and remain different enough to warrant political autonomy with respect to certain matters. The federal system’s failure to affirm Indigenous autonomy…highlights the hollowness of the federal system.”

In Canada, the uncovering of unmarked graves of Indigenous peoples is unfortunately not a rare occurrence, as the country continues to struggle with its colonial legacy and mistreatment of Indigenous peoples. These discoveries highlight the violence, racism, and discrimination that innumerable Indigenous peoples endured – and continue to endure – from coast to coast to coast at the behest of the Canadian government. The election of Prime Minister Justin Trudeau in 2015 marked a potential turning point for Crown-Indigenous relations in Canada with a number of important policy changes made (Nichols & Hamilton 2017). However, many feel that Prime Minister Trudeau did not fulfill his promises, a claim best supported by his government’s continued support of the oil industry through the construction of pipelines through Indigenous territories (Lim 2020).

“Indigenous peoples in Canada are at least as Canadian, and at least as culturally distinct, as Quebeckers”

Some scholars argue that the challenges of Crown-Indigenous relations in Canada are a result of the historical interpretation of the Canadian Constitution being a sovereign-to-subjects reading, which gives Indigenous peoples a limited degree of constitutional power, comparable to that of municipalities (Nichols & Hamilton 2017). Conversely, a nation-to-nation reading is what was initially outlined in the 1764 Treaty of Niagara, providing Indigenous peoples with constitutional jurisdiction equal to the provinces, and is an interpretation that is well-aligned to modern international norms of Indigenous self-determination (Nichols & Hamilton 2017; Centre for International Governance Innovation 2019; Stacey 2019).

Fostering a nation-to-nation relationship between the Government of Canada and Indigenous peoples can contribute to a more inclusive, cooperative form of federalism that includes Indigenous communities as partners rather than subjects. Indeed, a significant theme in the creation of Canada’s Constitution was the adoption of a federal system to provide some political autonomy to the European settler communities over culture, language, legal, and faith-based traditions (Stacey 2019; Centre for International Governance Innovation 2019). It is challenging, therefore, to argue that Indigenous communities should be the exception to this. Additionally, various commissions and reports have found that the recognition of Indigenous peoples’ right to self-government as affirmed by Section 35 of Canada’s Constitution is critical in improving relations between Indigenous peoples and the Government of Canada, (Henderson 2020). Despite this, it is only via land claims through the judiciary that individual Indigenous communities have been able to attain varying degrees of self-government (Henderson 2020).

In 2017, new permanent bilateral mechanisms were established by the Government of Canada with individual mechanisms signed with the three Indigenous groups recognized in the Canadian Constitution – the First Nations, Inuit, and Métis (Crown-Indigenous Relations and Northern Affairs Canada 2021). These mechanisms were announced in 2016 shortly after Prime Minister Trudeau took office and have resulted in regular meetings between key federal ministers and representatives and chiefs from the three Indigenous groups – as well as Prime Minister Trudeau – to discuss specific issues and shared priorities (Crown-Indigenous Relations and Northern Affairs Canada 2021). This represents a positive shift in establishing a nation-to-nation relationship between the Government of Canada and Indigenous peoples. Alongside this, the recent appointment of Canada’s first Indigenous Governor General Mary Simon in July 2021 would seem to indicate the continued focus of the Trudeau government on reconciliation (Tunney & Major 2021). However, significant and tangible impacts of these measures on Indigenous rights in Canada remain to be seen.

“We seek constitutional reforms to empower our people and take a rightful place in our own country.”

(Uluru Statement from the Heart 2017)

“In essence, constitutional reform is about reconciling our past, building a solid foundation for the Indigenous and non-Indigenous relationship and looking ahead to a collective future”

Echoing the tragedies at former residential schools in Canada, unmarked graves of scores of Aboriginal peoples have been discovered across Australia as well. These occurrences highlight the critical and pressing need for reform and acknowledgement of Indigenous rights around the world. Federations are uniquely positioned to do this through constitutional reform and considering Indigenous self-government as a facet of decentralization. The aforementioned tragedies provide both Canada and Australia an opportunity beyond reflection for concrete action and reform, and could be understood as an inflection point toward a greater recognition of Indigenous rights and self-government across the world. In Canada, if the goal of federalism is indeed to provide a degree of autonomy to the constituent units and to better meet the diverse needs of citizens, then extending this to Indigenous peoples is logical and supports the view of Indigenous communities as equal partners in Canadian Confederation. Similarly, in continuing to exclude Aboriginal and Torres Strait Islander peoples in the Australian Constitution, the founding document of the country does not accurately reflect or represent all Australians or recognise a critical component of the country’s history (Australian Human Rights Commission n.d.).

Do Past Compromises Ensure Future Ones? Fiscal Federalism in Canada Under Challenge
17 December 2021