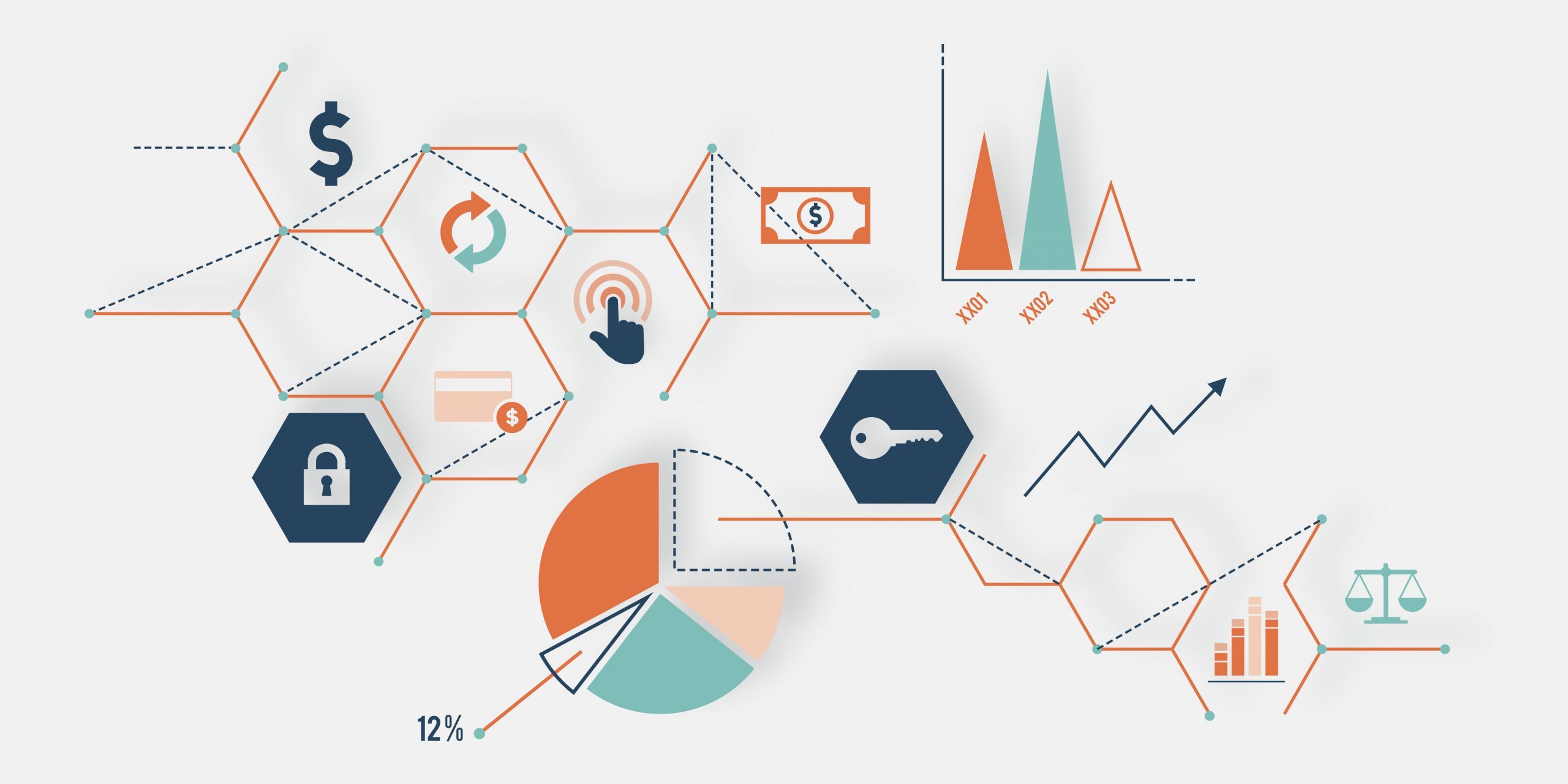 Emilie Tremblay is currently in her final semester as an undergraduate student at the University of Ottawa. She will be graduating in August 2021 with an Honours Bachelor of Social Sciences degree with a Specialization in Conflict Studies and Human Rights.

While there are over two dozen countries that can be considered federal states, these countries and the composition of their political systems vary greatly. The commonality they all share is that each has at least two orders of government, referred to here as the central and constituent governments, to which specific authorities and responsibilities are allocated by constitutional provision. As an extension, fiscal federalism specifically concerns revenue raising, spending capacities, and economic interactions that each order has on the other(s) within the intergovernmental cooperation regime. As this principle applies both in unitary and federal systems, the examination of the borrowing and spending functions in each order of government is intended to provide a principled basis under which each constituent unit is allotted the necessary resources to fulfill their responsibilities in their own capacity (Anderson, 2010).

The allocation of funds and responsibilities

Fiscal federalism considers not only the allocation of funds, but the allocation of responsibilities to different levels of government. Important to highlight is that while fiscal federalism itself constitutes a set of guiding principles to the fiscal arrangement, fiscal decentralization constitutes the process under which these principles are applied to ensure continued harmony and political well-being between the different levels of government (Sorens, 2011). While the exact fiscal allocation differs from state to state, it generally parallels the ratio of public responsibilities of the national versus local governments to the population (Anderson, 2010). Meaning, if a central government spends less, it is because the constituent governments hold more responsibility in certain areas. This is the case in Canada with federal expenditures on education, for example, since education is constitutionally a provincial responsibility. This results in the allocation of funds for a specific purpose to the government with the greatest need for said funds.

With regard to responsibilities, central governments typically retain responsibility for functions that benefit the population on a national scope, such as national defense and international trade. Constituent governments are generally responsible for the delivery of regionally-based services, such as health care, education, and policing. In some cases, constituent governments further devolve their responsibilities to smaller geographic regions. In Canada, for example, some municipalities are responsible for the delivery of services such as water and public transit at a local level (Boadway and Shah, 2009). Since there is some variance in the degree to which services are decentralized, certain federations such as India and Brazil find themselves with more dominant central governments (Anderson, 2010).

Of course, in order to fulfill their responsibilities, constituent governments sometimes require additional revenue to close the gap in their expenditures. There are a number of different mechanisms to accomplish this. Revenue-sharing agreements between levels of government are sometimes written into a federation’s constitution, are established by budgetary processes, or are determined through intergovernmental consultation and negotiation (Sorens, 2011). Different orders of government typically have greater flexibility to maneuver within their fiscal arrangements than they do within their legislative and administrative functions, which allows fiscal distributions to be adapted as needed to changing circumstances. This flexibility is important and is manifest through a series of evaluative criteria, including economic efficiency, accountability, and stability, used to determine the most appropriate way to apply a fiscal arrangement within a regime (Anderson, 2010).

In Canada, for example, even though constituent governments tend to hold a considerable degree of responsibility for service delivery, the bulk of the taxation power remains with the central government. Revenue-sharing payments are transferred to the provinces on a conditional or unconditional basis. The Canada Health Transfer (CHT) and Canada Social Transfer (CST) are federal transfers meant to support provincial and territorial service delivery in the areas of health care, post-secondary, and social assistance. The transfers are conditional on the funding being allocated to those specific policy areas. They are calculated on an equal, per capita cash or tax basis with the aim of bringing the poorer provinces and territories up to specific nationwide standards established by the central government. In contrast, the Equalization and Territorial Formula Financing (TFF) transfers provide unconditional transfers to enable less prosperous provinces and territories to deliver public services comparable to those provided in the more prosperous constituent units (Canada, 2019). 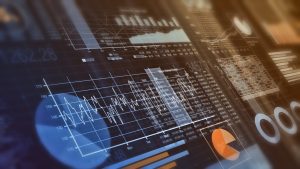 Fiscal federalism in the unitary versus federal state

Fiscal federalism can produce economically efficient, equitable, accountable, and stable fiscal models that support equalization and equitable revenue distribution across a federation with regional economic variance. In an appropriate fiscal arrangement, regional and local differences can be taken into account and not subdivided by the priorities of the central government. Furthermore, fiscal arrangements in federal countries have typically produced more efficient and less costly political processes as citizens tend to have more influence over spending under these models, and the competition between local governments favors organizational and political innovation (Boadway and Shah, 2009). Perhaps the most significant benefit is that, if arranged correctly, the poorest constituent units are supported to reach national standards in various policy areas, thereby raising national averages. This undoubtedly improves equitability and quality of life in the public sphere, as well as the relationship between levels of government.

If not implemented and managed correctly, however, fiscal federalism and fiscal decentralization have the potential to generate challenges not encountered in a highly centralized fiscal system. Due to a possible lack of qualified staff at the local level, there is a risk of accountability failure between the central and constituent governments. Granting local governments a significant degree of economic independence can be risky and potentially costly if not accompanied by accountability and risk mitigation strategies. Further, varying levels of capacity and infrastructure for public expenditure at a local level can limit the viability of the fiscal arrangement and the ability of governance actors to marshal funding effectively for service provisions. For fiscal federalism to be a concrete option, the inequalities that exist in regards to fiscal infrastructure and capacity need to be addressed (Boadway and Watts 2000).

It is important to note, however, that fiscal federalism is relevant for all types of governments; not only for federations. Fiscal federalism is not associated purely with fiscal decentralization in declared federations, but is also relevant to states that are not formally (i.e. constitutionally) ‘federal’, provided they possess different levels of decision-making governmental authorities. The central point here is that principles of federal arrangements can be applied to all countries attempting fiscal decentralization processes (Anderson, 2010). The implementation and continued success of fiscal federalism lies in the evolution of the arrangement itself.

While the two forms of state (federal and unitary) share certain characteristics, they do differ in some regards. A central justification as to why fiscal federalism tends to be more successful in a federal state has to do with their being a more equal relationship between the various levels of government. The political will of a federal state is such that multiple levels of autonomous powers can cohabitate and share responsibilities in a constitutionally aware manner, and therefore, maintaining a mutually beneficial fiscal arrangement can more easily be managed. If there are a myriad of inequalities between the central and constituent governments, fiscal arrangements might be harder to come by (Sorens, 2011).

The possible benefits that fiscal federalism offer can sometimes be incentive enough for countries to try to implement an arrangement of their own, but that catalyst depends on their ability to do so in the first place. Fiscal federalism, and federalism in general, offers a mutually beneficial, flexible, and harmonious relationship between levels of government, but overall, a fiscal arrangement is only as resilient as the levels of government under which it is implemented.