Federalism: To the Advantage or Disadvantage of Women’s Political Representation? 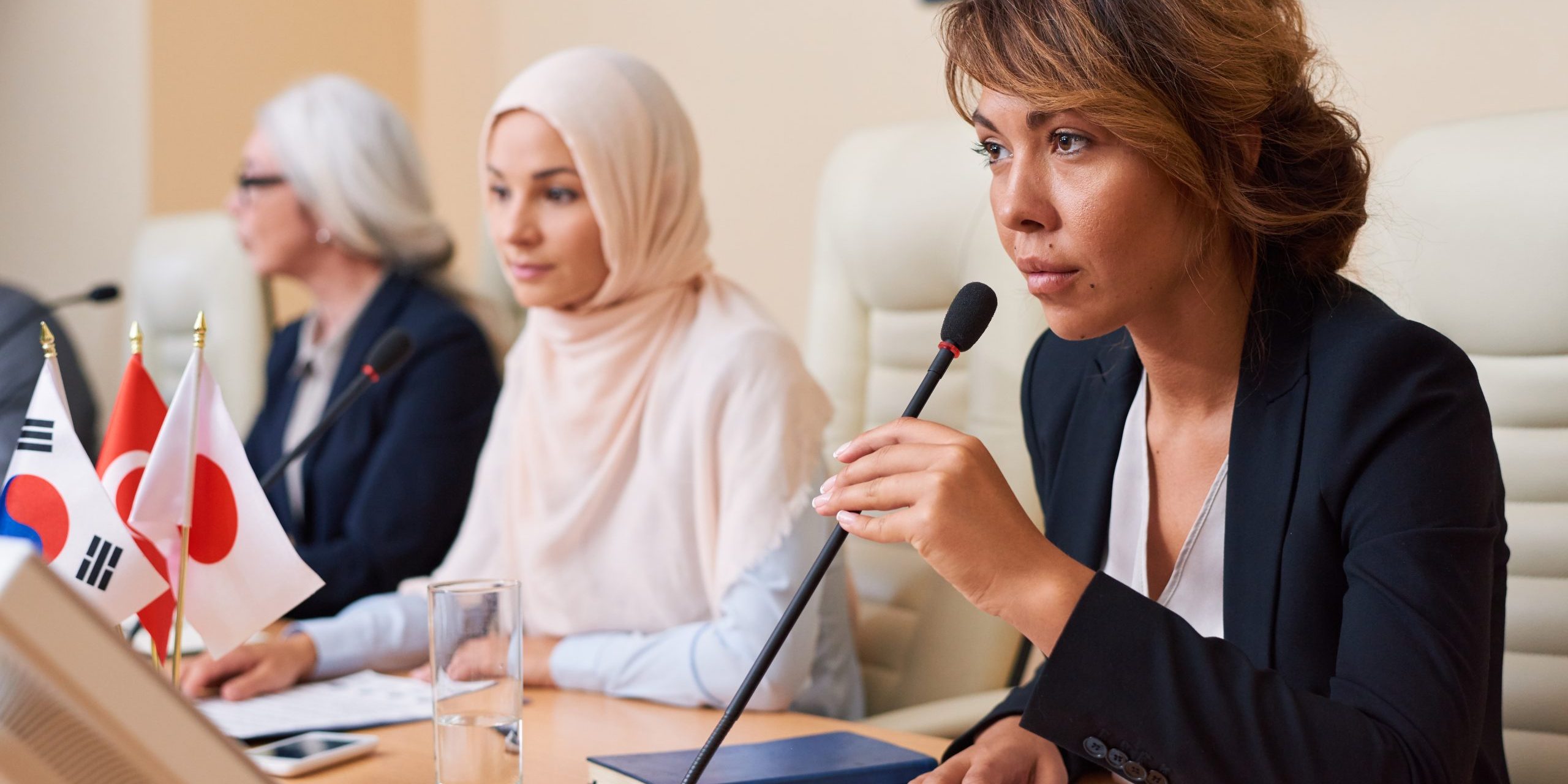 Dariya Akhova completed her B.SocSc. in political science and sociology at the University of Ottawa. In fall 2021, she will begin her M.A. in Russian and European Affairs at the University of Toronto. Dariya’s research focuses on comparative politics, specifically identity politics in Eastern Europe, as well as ideology and critical theory.

The effects of federalism on women’s representation is an emerging field of research. Spearheading its development is the scholar Jill Vickers, who in 2020 published an anthology entitled Handbook on Gender, Diversity and Federalism. Also in 2020, Christine Forster published a report for the Forum of Federations entitled Gender Equality and Federalism examining the advantages and disadvantages of federalism for women’s representation, among other areas. These two pieces of work, alongside those included in this concept paper, highlight well-known factors that increase gender equality in politics. However, whether these variables are more likely to be found in federal or unitary systems is yet to be established. The dynamics of women’s political representation and federalism may have garnered little interest in the past, since historically research concluded that there was no significant difference in women’s representation between federal and unitary systems. Indeed, in the 1960s Vengroff et al. studied 536 subnational governments and concluded that there was no direct correlation between the unitary or federal character of a state and women’s representation (2003). Similarly, Forster asserts that women’s representation in central parliaments is broadly equivalent in federations and unitary states (2020).

The majority of literature on women’s representation in politics employs a pooled analysis research method — the analysis of many units over time. A notable exception is Rekkas’ Canadian study, which analyzes candidate vote share in the 2006 federal election. Rekkas provides us with the first factor that increases gender political representation: incumbency status, in other words, already holding political office (2008). In its turn, the incumbency effect is exacerbated at the local level, as well as with campaign spending (Rekkas, 2008). While Rekkas’ study finds that these last two factors are systematically higher for male candidates, and hence men are more positively impacted by the incumbency effect, Forster’s report demonstrates how the incumbency effect can also benefit women in federal systems. Because there are more public office positions that women can hold, women are more likely to first enter local politics where the struggle of the “double burden” is alleviated — they will not be as compromised in meeting their dual domestic and professional responsibilities if they if they are able to perform the functions of their elected office closer to home (Forster, 2020). Furthermore, on the local level Forster advances that there are fewer established political elites to gatekeep the position; ergo women’s political experience establishes a feedback loop of skill acquisition, confidence development and network formation (2020). Consequently, their chances of entering national politics increase because of their experience in local politics (Forster, 2020).

Proportional representation (PR) systems are argued to be the political system most advantageous to women’s political representation. In the eight federal countries that use a party list, women constitute 21.4 to 48.2% of the central parliament, while the global average is 24.5% (Foster, 2020). In addition, Rule’s comparative study of 23 democratic countries between 1972 and 1982 concluded that PR systems offer more political opportunities for women (1987). Similarly, McAllister and Studlar performed a comparative analysis of 20 Western democracies from 1950 to 2000 and as result of their findings argue that women’s representation is greater in states with PR, gender quotas and early enfranchisement (2002).

None of the studies cited in this concept paper indicate whether PR systems are more likely to be present in federal or unitary states. An added layer of analysis would be to correlate PR, federalism and socioeconomic development. Rosen’s study concluded that socioeconomic development takes primacy over the other variables — in fact it is the factor that most strongly determines women’s representation, more so than electoral systems and gender quotas (2013).

In terms of gender quotas, the “new democracy effect” connects this gender equality mechanism — and thus increased political representation — to federalism (Foster, 2020). For example, Forster argues that states coming out of civil war are more likely to establish federalism, especially if the civil war ensued from ethnic conflict (2020). In these cases of augmented ethnic tensions, federalism is the new political system of choice because it devolves more power to ethnically defined territories within the state (Forster, 2020). Moreover, new federations are more likely to constitutionalize gender quotas (Forster, 2020). This is true in the case of Nepal, whose central parliament is comprised of 32.7% women, well over the global average (Forster, 2020). Moreover, once gender quotas are in place, women’s representation becomes self-sustaining because the resulting power of representation encourages more women to enter politics (Viens & Avoine, 2020). Alongside analyses of the “new democracy effect,” there ought to be further studies into whether federations are more or less likely to implement gender quotas, and why this would be of value. 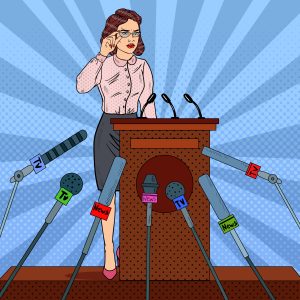 Banaszak and Weldon argue that social movements have the ability to change norms. In other words: mobilization affects informal institutions, which ultimately influence formal institutions (2011). This process is called norm work, and it is articulated in a case study on India conducted by Viens and Avoine in Vicker’s Handbook on Gender, Diversity and Federalism. These researchers argue for multilevel federalism in mitigating violence against women because when power is shifted to the local level, or to subnational units, activists can take advantage of these multiple access points (MAPs) to instigate change (Viens & Avoine, 2020). MAPs provide more opportunities to lobby for reforms, and this is especially helpful in the case that the central government is conservative and blocks demands (Forster, 2020). Indeed, the federal party and political elite act as gatekeepers to women–friendly policies, notably gender quotas. However, these obstacles can be bypassed in a federal system, as those pursuing reform have the opportunity to pursue their objectives at the subnational level (Forster, 2020). Not to mention, once innovative gender friendly policies are established in subnational units, they are likely to be copied in other subnational units, or even at the federal level (Forster, 2020). However, it is important to note that the reverse is also true — conservative subnational units may block progressive reforms established by the central government.

Indeed, MAPs can further hinder women’s mobilization and gender friendly policies because women require greater resources and knowledge to confront the fragmented and confusing MAPs (Forster, 2020). Gray’s study comparing Australian and Canadian federalism also confirms the contradiction of MAPs both encouraging and impeding women’s political representation (2006). The MAPs dilemma in gendered politics is evidenced in Vickers’ study on how abortion policies were advanced in the US and Canada – both federal countries. Vickers argues that these policies were easily advanced through the Canadian system primarily because the central government was too politically preoccupied with Quebec separatism to polarize and render abortion rights politically salient (Vickers, 2010). In contrast, these policies were halted in the US because abortion rights were nationalized and subject to partisan politics and counter-movements, and most importantly, because the women’s movement could not take advantage of MAPs at the subnational level (Vickers, 2010). The disadvantage of MAPs is also illustrated in Peter’s analysis of Canada and Nigeria. He critiques the legal plurality of federal states because the central authority cannot wholly implement and enforce human rights treaties (Peter, 2020). Namely, Peter highlights the Canadian federal government’s disregard for protecting minority women in Quebec so as to not overstep provincial jurisdiction; as well as how corruption, weak state capacity and religious diversity equally impedes on the central government from protecting minority women in Nigeria (Peter, 2020).

Something to consider in the MAPs dilemma is their presence at the local level, which itself can be favourable to the representation of women in politics. In the India case study noted above, the informal networks created at the local level were observed as efficient in advancing gendered politics and performing conflict management (Viens & Avoine, 2020). Moreover, Forster advances that when there is increased security, women are more likely to enter politics (Forster, 2020). Heightened security for women may even be a federal advantage: women feel safer when they are close to home amid the higher number of threats they receive compared to their male counterparts (Forster, 2020). Consequently, if more women are able to enter politics at the local or subnational level, they are more likely to change policies and norms, allowing them to bypass the political gatekeepers at national level (Forster, 2020). Nonetheless, subnational units are not exempt from political gatekeepers, and their presence at regional and local levels is often influenced by the strength of traditional cultural and religious views on the role of women and men in particular communities.

Therefore, research suggests that federalism’s MAPs remain an uneven benefit to women’s political representation and gender-friendly policies on a whole. Nonetheless, Stockemer and Tremblay’s findings that federal states have a higher percentage of women in politics suggest that the disadvantages of MAPs are either relatively minor when compared with the advantages they afford, or that their detrimental impacts lessen in combination with the aforementioned factors that facilitate equal political representation.

The variables highlighted above are those that have been most extensively researched to date. However, there remains a range of factors to which less attention has been paid, and their impact on women’s political representation and their presence in federal systems warrants further analysis. Forster reported on gender friendly parliaments, which essentially lessen the “double burden” faced by women seeking political office. She highlighted factors such as reasonable hours and daycares; positive media coverage; taking advantage of social media; and male allies as additional elements that increase women’s representation in politics (Forster, 2020). In addition, Stockemer and Tremblay recommend to take into consideration whether federal systems are more likely to recruit women at a younger age — especially at the subnational level — which naturally increases their political representation (Stockemer & Tremblay, 2015). Thus, new studies into the age of women in office in federal systems is a potential area for further research. Moreover, the number of political parties was cited as hindering women’s political representation. The more political competition, the less likely women are to be elected or selected to represent a competitive constituency (Stockemer & Tremblay, 2015). How federalism can mitigate the negative effect of increased political competition on women’s representation would be an interesting avenue for further work in this area.

Finally, many studies advocate for more intersectional research. Stockemer and Tremblay state that further research ought to be conducted on the inclusion of minority women in federations, and this suggestion is paralleled by Peter, Vickers and Viens and Avoine. In fact, Viens and Avoine recommend studying the intersection between gender and race in terms of greater societal oppression — which naturally also results in political exclusion (Viens & Avoine, 2020). Evidently, there is more research to be undertaken to further develop and sustain hypotheses on how federalism can augment well established mechanisms and conditions for greater gender equality. Moreover, more work is needed to investigate some of the factors impacting on women’s political representation in federal systems that have yet to receive concerted attention from researchers.

Diana Chebenova and Liam Whittington contributed to this article.

The views expressed in the articles on this blog are those solely of the authors and do not necessarily represent the views of the Forum of Federations.