Enduring and Contemporary Challenges to Fiscal Federalism in Canada 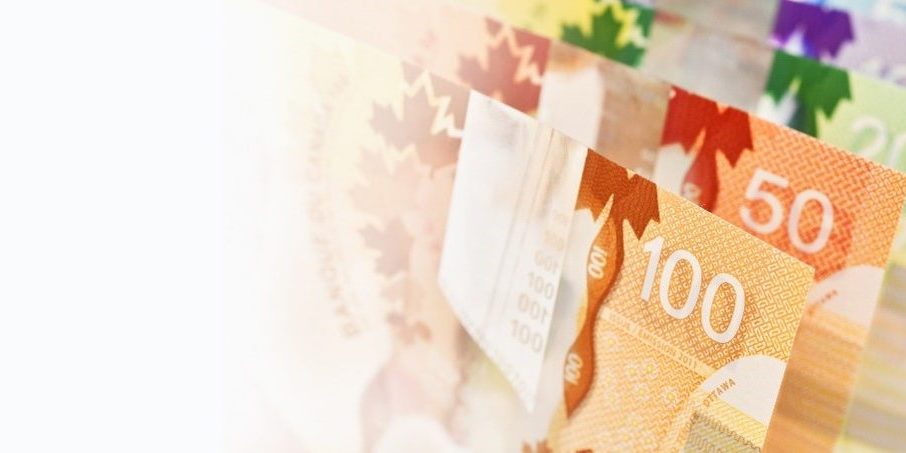 Éric Desrochers is a PhD student in political science at the University of Ottawa’s School of Political Studies. His research focuses on federalism, public opinion, and political behaviour. His doctoral thesis is focused on the impact of federalism on the implementation of citizens’ political preferences.

The opening session of the Fiscal Federalism in Canada virtual conference was a panel of scholars and practitioners of fiscal federalism, featuring Louis Lévesque, Richard Bird, and Jim Dinning as panellists, and Madeleine Drohan as moderator. The panel centred on current issues in Canadian fiscal federalism and their interactions with the COVID-19 pandemic, serving as an introduction to two full days of discussions about fiscal federalism.

The panellists discussed key issues currently facing Canadian fiscal federalism: perceptions of fairness, public debt and spending, the state of municipal finances, energy and the environment, and the COVID-19 pandemic.

One of fiscal federalism’s greatest challenges is its perception as a fair system which strikes a balance different interests. Bird and Dinning both alluded to the character of Canadian fiscal federalism as a form of social contract, which aims to strike a balance between different principles, notably interpersonal fairness and jurisdictional autonomy. There is today a growing sense in Alberta that fiscal federalism is failing on multiple accounts, as well as a desire to change the current framework by removing equalization from the Canadian constitution or by agreeing to a new arrangement. Bird reminds us that federal constitutions limit changes which may be required by changing circumstances. Fiscal federalism in Canada has always been under negotiation; having shifted from an initially very centralized system to one where the “social state” is mostly managed by the provinces.

Issues related to spending and debt are at the heart of fiscal federalism. Lévesque outlined the diverging paths of federal and provincial debt since 2007. Since the 2008 financial crisis and the decline in oil prices, provincial debt has been on an upward trend, reaching historic levels. This is a vertical issue, with increases in spending not followed by higher revenues. This is especially the case with the health and infrastructure sectors, where provinces have financed increased spending through debt, rather than decreases in spending on other programs. This is generating significant debt accumulation and undermining the sustainability of provincial spending. On the other hand, federal spending is relatively under control, but there is not yet federal recognition of these issues with provinces’ finances. This is further reinforced by federal involvement through new programs, as it has been known to decrease funding over time, increasing provinces’ financial burden. For instance, costs of the federal childcare system proposed in the 2021 budget will be shared between levels of government, which is also expected to significantly increase provincial debt, except for Quebec, which already has such a system. Dinning pointed out that there is room for more innovation in the delivery of healthcare. Bird agreed with above statements and pointed out that there are many lingering inefficiencies in the Canadian health sector.

The panellists also discussed municipal governments’ complex situation within Canada’s system of fiscal federalism. Lévesque argued that municipalities already have taxation powers – which they often refuse to use – but that the pandemic may change their dependence on traditional sources of funding such as property taxes and provincial transfers. Bird, on the other hand, pointed out that municipal governments do not raise taxes on citizens to reduce the risk of being punished at the ballot box, which Dinning saw as an important form of accountability rather than a drawback. The panellists agreed that issues with the municipal revenue gap need to be seriously discussed by all three levels of government.

Energy and the Environment

Another issue facing Canadian fiscal federalism – and Canadian politics more generally – is the tension between economic interests in the energy sector and the need to address climate change. Dinning argued that the federal government’s current spending policies can only have a negative effect on fiscal federalism in the long run, by further indebting the federal government. He believes that there should be an emphasis on spending on innovation and on energy, which must include all forms of energy – including fossil fuels – and that Alberta must be an integral part of discussions in this area. Dinning emphasized that current environmental issues will not be solved by an ‘either or’ mentality, but by pairing various measures and resources. Lévesque underlined the importance of using oil revenues to fund ‘green’ innovations. Bird questioned the lack of effective methods in interprovincial transportation of energy. Dinning lamented that Alberta and Canada have not better managed oil revenues. He also emphasized the need for a better pan-Canadian energy corridor, to which Lévesque agreed. On the topic of energy and the environment, the panellists generally agreed that a more intergovernmental and collaborative framework is required.

Fiscal Federalism and the COVID-19 Pandemic

Bird argues that Canadian government responses to the pandemic have been poorly planned and enacted compared to other states. He highlights some of the tensions between centralization and regional disparities, rapid or well-thought-out measures, and between consulting citizens and taking the lead on policies. A proper response to the pandemic requires coordination between levels of government, as well as better communication, which has not been the case, because of the constitution, and the parliamentary system. Policymaking in many areas is inherently intergovernmental, but not all relevant actors have a seat at the table, such as municipalities. The parliamentary system can also be an obstacle, as governments’ statements are intentionally vague to avoid criticism from opposition parties and provincial governments. Complexities with the federal and parliamentary systems can further confuse citizens. There are therefore few incentives for governments to work together and keep citizens involved. Overall, the federal government ought to take more seriously how to coordinate with other governments, and we should focus not on what to do, but on how we do it, on the process.

Lévesque believes that the COVID-19 pandemic is likely to exacerbate pre-existing issues by adding significant costs. He nevertheless praised the Canadian response’s relative success, compared with many other OECD states. Bird blamed poor communication and coordination for the flaws in Canada’s handling of the pandemic. Lévesque and Bird also discussed whether the pandemic had opened up conversations between governments, generally agreeing that it has not led to much change. Lévesque pointed out that there are good communication and cooperation between sectors, but that there is an expectation from outside that there should be a “high table” between all governments, which he argues is more visible, but less useful. They also pointed out some issues with policymaking and imperfect information on the part of the citizens.

The panellists highlighted some of the tensions at the heart of Canadian fiscal federalism. They emphasized the need to strike a balance between ensuring provincial autonomy and providing equal services to citizens to foster a feeling of fairness. They also discussed issues related to the fiscal imbalance between provinces and the federal government, and to the oft-forgotten place and struggles of municipalities. They also emphasized more contemporary concerns, such as the struggle between the economic pressures of the energy sector and the fight against climate change, as well as the complications Canada’s federalism and parliamentary system add to its multilevel responses to the pandemic. Overall, the panel stressed the need for communication and coordination in dealing with complex such as the pandemic, as well as discussing reforms to Canada’s fiscal federalism.