Acting on Alienation? Federal Political Culture and the Case of Alberta

Jamie M. Thomas is a Project Officer with the Forum of Federations. She holds a Bachelor of Arts (Honours) in Political Science from the University of Calgary and a Master of Arts in Political Studies from Queen’s University. She is an active volunteer with Women in International Security Canada and is interested in processes of strategic and political cultural change, global governance, and international relations.

Concepts of regionalism, alienation, secession, and separation are not new in federal studies. These ideas have been discussed at length in the Canadian case, especially concerning Quebec, and highlight the tension between shared-rule and self-rule in federal countries. In an extremely decentralized and geographically dispersed federation like Canada, it is important to understand the dynamics behind these concepts and how they present differently across the country. Examining how these sentiments differ from each other and have developed within the same federal system can contribute to a greater understanding of the complexities of ‘togetherness and apartness’ in Canada – and by extension – in other federal countries too. Using political culture to explore the origins of and continued support for these concepts in provinces outside Quebec provides an opportunity to assess the current state of federalism in Canada, as well as what actions can be undertaken to improve relationships between the provinces and the federal government.

Political Culture and Federalism in the West

Political culture is the way of life of a political community and can vary by province and region (Wiseman, 2007). Culturally and contextually derived feelings of alienation are demonstrated differently across the Canadian federation. If the essence of federalism lies in society’s attitudes (Kincaid and Cole, 2011), then generating a greater understanding of the differences between national and subnational political cultures in various regions is a worthy exercise for those seeking to understand the complexities of the federal arrangement in Canada.

According to Loleen Berdahl (2021), the national political culture defined by values and issues important to post-confederation Quebec and Ontario, such as the French-English compact and anti-Americanism, were championed as pan-Canadian values. Indeed, as Canada expanded and economic patterns shifted, the central Canadian vision of Canada’s political culture never found a comfortable home in the Western provinces (Berdahl, 2021). The differences in the subnational political culture of Western Canada (most visibly demonstrated by the case of Alberta) are defined by regional discontent stemming from perceived economic exploitation, complaints of unfair political representation, and the sense that the region is somehow under attack. These factors, and the notion that the rest of Canada does not give the region adequate respect and consideration, comprises the nuts and bolts of what commonly is referred to as “Western alienation.” As confirmed by recent polling, this political culture of alienation (specifically, Alberta’s alienation) continues to influence how citizens make sense of politics both nationally and within the province (Banack, 2021).

The continued persistence of discontent in Alberta points to the fault lines within the Canadian federation that go back to the early days of Confederation (Berdahl, 2021). Factors such as general consensus about political values in Alberta (i.e. the popularity of conservatism in the province which often stands in contrast to other region-specific political beliefs in other parts of Canada), suspicion of federal power, and the questioning of Alberta’s place within the federation are all as relevant today as they were almost a century ago (Wiseman, 2007). The continuation of these sentiments and viewpoints, especially when considering the resurging discourse on heightened autonomy and some outright calls for separation, lends to the idea that combatting feelings of Western alienation in the province should continue to be at the helm of unity efforts within Canada. Because political culture and a country’s federal structure are likely interactive (Kincaid and Cole, 2011), understanding and addressing the structural determinants of alienation is a pressing concern for the Canadian federation. 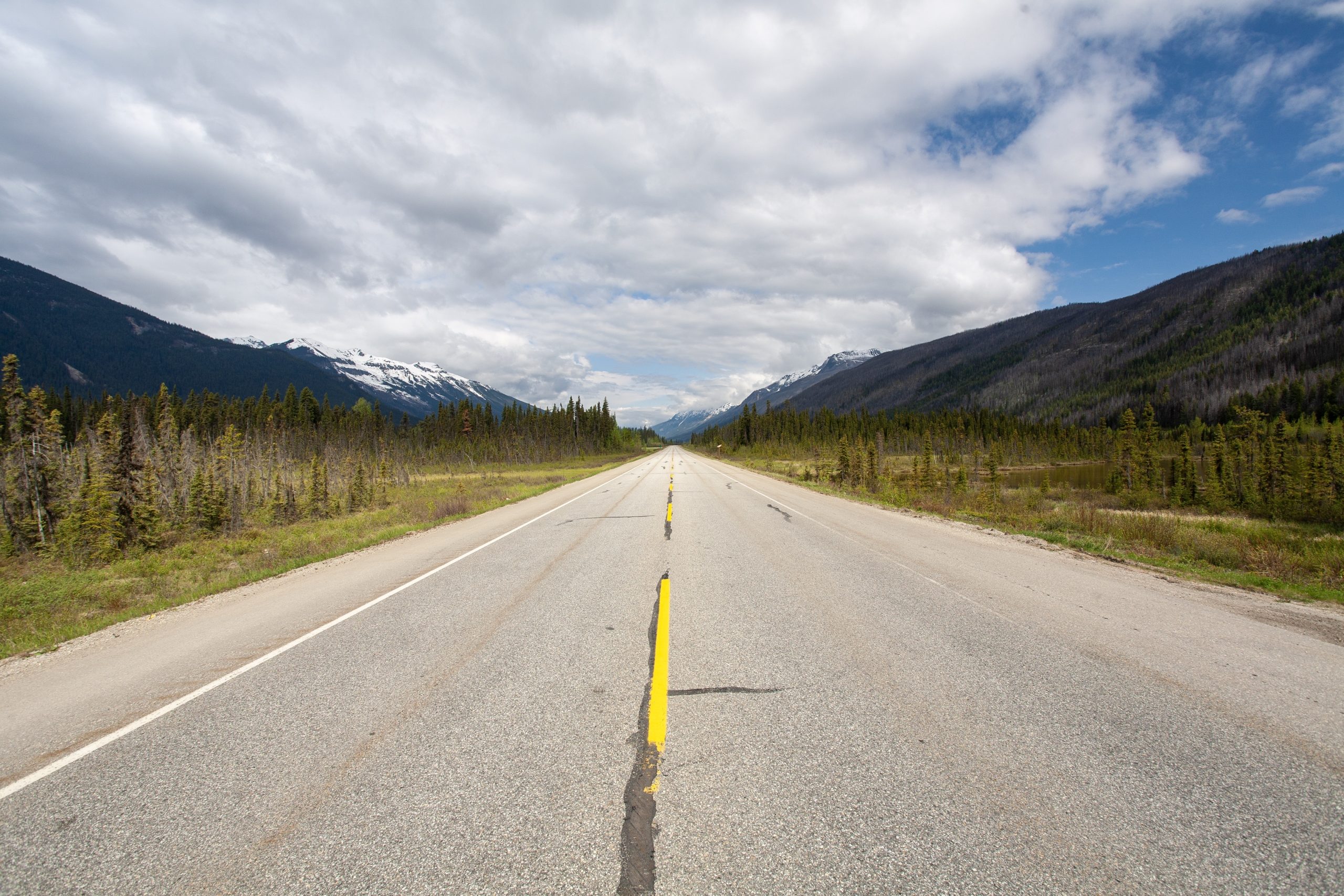 Distinct Alienation and a Path Forward

Though the concept of alienation is certainly not a new one in Alberta, in recent years the idea has seen a resurgence, with two distinct, prominent conversations concerning separation and/or greater autonomy for the province emerging. While the outright desire for Alberta to fully secede from Canada remains a minority position (with around 20-25% of the population of Alberta in favour of separation), the idea that Alberta’s place within the Canadian federation needs to change has been growing in recent years. In a Common Ground Poll conducted in 2020, 64% of Albertans felt the federal government treats Alberta worse than other provinces, 69% opined that Alberta is not treated with the respect it deserves in Canada, and 68% indicated that the province received less than its fair share of federal spending. These polls confirm that Albertans remain concerned about their place within the federation and point to the relevance of continued conversations about autonomy and accommodation.

Because the appeal of secession stems from the desire for government to be closer to home, more attuned to popular demands, and more flexible (Sorens, 2005), instituting accommodation measures designed to combat separatist sentiments presents a potential solution to rising alienation and secessionist feeling within the province. While this strategy is undoubtedly similar to the federal approach to Quebec’s secessionist movements, it is important to remember that addressing Western alienation is a fundamentally different exercise owing to Alberta’s particular political culture and understanding of the province’s place in Canada. Because the political identities often at the root of secessionist movements can be just as much the product of institutional structures and processes as the reverse (Cameron, 2009), understanding how these cultural identities have manifested recently is an important step in finding solutions to these issues and gaining an appreciation of the different regional identities at play in federal countries.

The desire for a revaluation of Alberta’s place within Canada can be seen through for the United Conservative Party’s (the current governing party in the province) “Fair Deal Panel” in 2020 and the subsequent 2021 province-wide referendum on equalization. While many of the proposed actions included in the Fair Deal Panel’s report include recommendations for unilateral action, such as the creation of a provincial police force and provincial pension plan, and an intention to affirm Alberta’s cultural, economic and political uniqueness in law and policy, it also included recommendations on the revaluation of Fiscal Stabilization Programs and equalization. The issue of equalization, in particular, has garnered a lot of misunderstanding and resentment within the province and is often considered one of the biggest contributing factors to perceptions of alienation and disrespect. The creation of the federal equalization program was directly related to the logic of accommodation towards surging separatist sentiments in Quebec (Beland and Lecours, 2014). The unintended consequence of the program, however, has been to produce resentment in other parts of the country, which works to undermine the feelings of national solidarity that equalization was intended to generate and continues to fuel Western alienation in the process (Beland and Lecours, 2014). The idea that the accommodation of discontent and generation of greater autonomy in one province leads to negative consequences in another highlights the difficulties of balancing provincial autonomy and national equity within a strongly decentralized federation like Canada.

Case analysis of political culture, Western alienation, secession, and regionalism in Canada reveals that possible solutions must be as dynamic and differentiated as the country itself. As noted by Andre Lecours in a recent book launch, there is a distinction between static and dynamic autonomy. Dynamic autonomy provides self-determination options other than independence and the status quo in the form of increased or adjusted autonomy in governance arrangements and competences at the subnational level and reduces incentives for secessionism. In contrast, static autonomy is often unchangeable, and both prioritizes the status quo and stimulates incentives for secessionism. Lecours further explains that autonomy that does not adapt to evolving identities and interests is likely to generate tensions between institutions and subnational units. We can see this desire for dynamic autonomy currently resurging in Western Canada, particularly in Alberta. If regional discontent and Western alienation are thought of as the product of a deep-baked cultural malaise, addressing these core problems must include confronting perceptions of unfair economic and political treatment, and a lack of respect within Canada (Berdahl, 2021). On a practical level, this could include steps such as establishing a permanent panel on equalization and locating more federal government offices and jobs outside the national capital region (Berdahl, 2021).

Canadian federalism and the case of Western alienation and political culture demonstrate what Richard Simeon and Luc Turgeon (2006) describe as the “Janus-faced quality of federalism”: the idea that federalism is both a vehicle for accommodation and a device for perpetuating the cleavages that it is designed to manage (Simeon and Turgeon, 2006). Because Western Canadians value both being a part of Canada and their unique regional identity and political culture, the fact that those in Western Canada often perceive themselves as being excluded from power at the centre (Simeon and Turgeon, 2006) presents a real and enduring problem for the federation as a whole. While it can be argued that levels of discontent, desire for increased autonomy and accommodation measures, and limited support for secession are all common features of Canadian federalism, this is neither cost-free nor desirable, particularly if they persist and grow over an extended period. In an era of political polarization, there are real risks to ignoring trends of discontent within the federation (Berdahl, 2021). The case presented here highlights that discontent within federal systems can take different forms and underscores the need for dynamic approaches to inclusion and unity. As is so often the case in federal studies, there is no one-size-fits-all approach within a federation to discontent deriving from the expression of distinct regional political cultures. What is clear is that continual adjustment, conversation, and understanding are required at both the national and subnational level if real progress toward combating Western alienation, particularly in Alberta, is to be made.

The author wishes to thank Liam Whittington for his comments and edits on an earlier draft of this article.

Gerson, J. (2019) “Why So Many Albertans Are Giving Up on Their Country,” Maclean’s, 7 November. Available at: https://www.macleans.ca/news/canada/why-so-many-albertans-are-giving-up-on-their-country/. (Accessed: 12 January 2022).