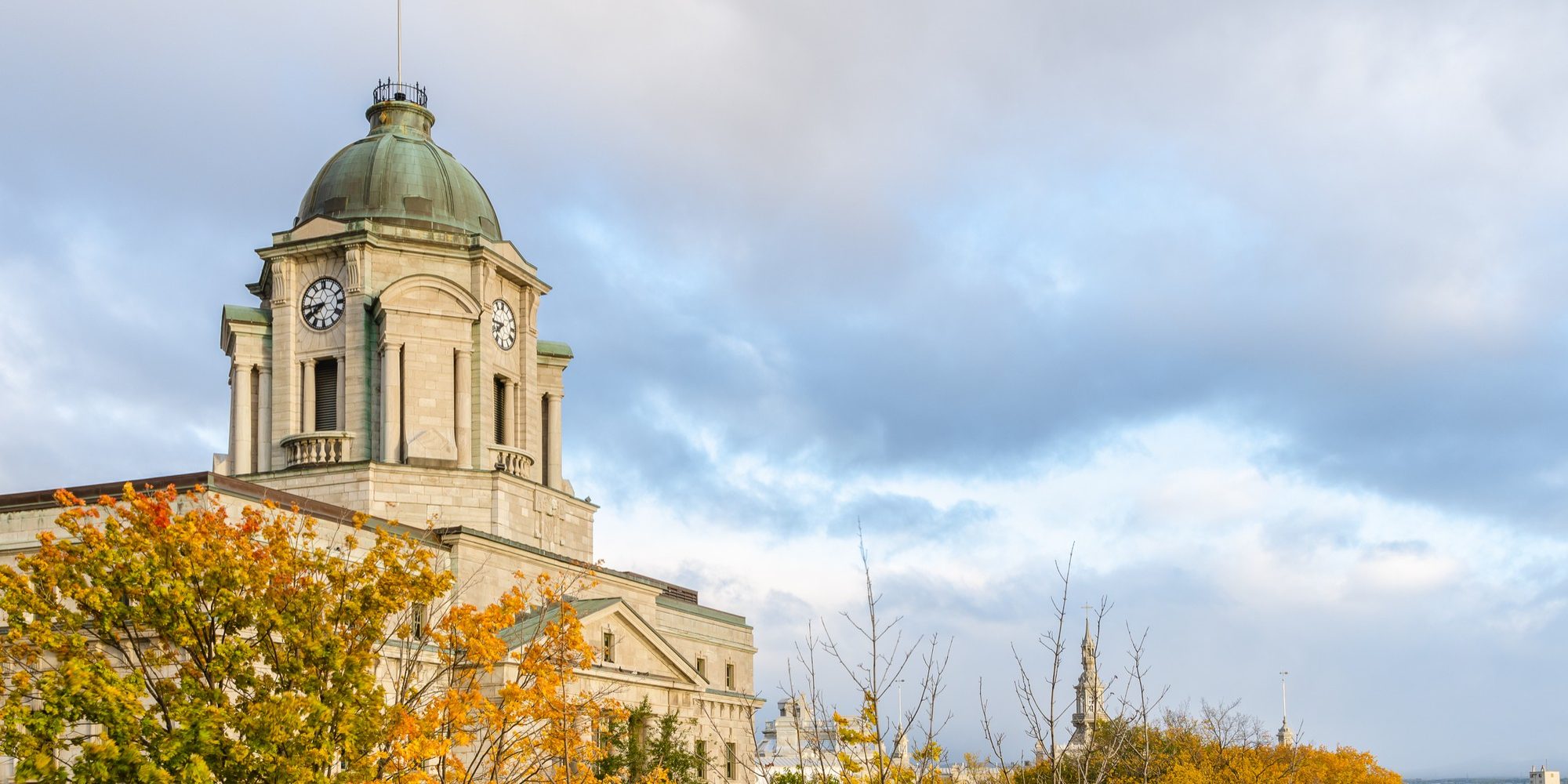 Emilie Patry is currently completing her bachelor’s degree in International and Global Development with an option in Urban Studies at the University of Ottawa. In fall 2021 she interned at the Forum of Federations supporting the Myanmar and Nepal programs.

The province of Quebec is well known for political movements which have, at various points in Canada’s history, expressed a desire to separate from the federation. The government of Quebec has on two distinct occasions asked its citizens if they wished to become independent. Following the last referendum held in 1995, when 50.58% of the Quebec population answered “no”, separatist claims did not simply disappear (Bellerose, 2021, S.d). While it is true that over the years the ideal of an independent Quebec has lost some of its relevance among the population as a whole, it nevertheless is still an electoral promise of a number of political parties within the province. In this sense, it is certain that a Quebec nationalist sentiment remains present. As was demonstrated in the Anglophone leader’s debate during September 2021 Canadian federal election, questions over Quebec’s secularism law and proposed law to strengthen French language has added fuel to this enduring nationalist fire and has once again raised questions about the place of the province within the Canadian federation. One of the characteristics of a federal government is that its entire population – majority and minority groups – are supposed to be adequately and peacefully accommodated within a representative state architecture, without marginalization or exclusion. If this is the case, why do we find ethnic, linguistic, religious or other minorities within federations that wish to secede from the federal nation?

This article attempts to analyze the causes of separatist and nationalist claims in federal countries through an examination of the case of Quebec. What is the impact on those federations? And what can be done to prevent these demands?

Why Is There an “Identity Crisis” in Some Federal Systems?

There are many reasons as why some groups within a federal system would experience an “identity crisis”. The identity of communities is normally built on shared history, a mutual language or a common religion (Alan Tarr, 2013, par 9). When these components are not shared across the nation as a whole, the sense of belonging is more likely to be associated with that of a localized community which possesses these dimensions of identity, and less with the federation as a whole. This is particularly true for the people of Quebec: they speak French; they are Catholic; they first arrived in Canada as French settlers; and they fought against the British invasion of Quebec in 1759 during the Seven Years War. These key markers of identity contrast with Anglophone Canada, which has historically been English-speaking, Protestant, and adopted political and cultural practices strongly influenced by Canada’s history as a former British colonial possession. Quebec’s sentiment of national identity is reinforced by a shared territory, which partially explains why not all Catholic Francophones in Canada share the desire to separate from the rest of the country. Moreover, if territorially concentrated groups feel they were forced into joining a federation at some point in their history,  there is a much greater likelihood that they will feel a stronger allegiance to the subnational authorities – the level of governance that is closest to them (Alan Tarr, 2013, par 34).

In the Canadian case, the Francophones of Quebec have felt at certain points in time more closely affiliated to their provincial government than to the federal one. Identity crisis also occurs when marginalized and minority communities are the victims of — or perceive themselves to be the victims of — injustices within the federation. For much of Quebec’s history, Anglophones comprised the dominant ruling class, while Quebecers were considered to be the laboring class in the province for most of the post-World War II period (Savage, 2008, p. 862). A feeling of exclusion among the Quebec people has been exacerbated by key events which have punctuated Canada’s modern political history, most prominently the failure of the repatriation of the constitution in 1981 and the unsuccessful Meech Lake Accord in 1987 (see below) (Laberge, 2013, p. 59).

Allegiance from one level of government to another may shift if efforts are made by the national government to satisfy the separatist concerns within the federation. The sense of belonging of citizens to one or another level of government depends on how these groups are treated (Alan Tarr, 2013, par 9). In the case of Quebec, one particular event that inflamed the discontent of its citizens towards the federal government was the “La Nuit aux longs couteaux” (“The Night of the Long Knives”). When the Canadian constitution was repatriated in 1981 (involving the transfer of the country’s highest law, the British North America Act—renamed the Constitution Act, 1867—from the authority of the British Parliament to Canada’s federal and provincial legislatures), provincial government representatives from across the country came to an agreement over the provisions of the repatriation without the knowledge of their Quebec counterparts (Sheppard, 2012, S.d). This event not only caused a feeling of betrayal, but also of exclusion. This decision on the part of the federal government reinforced the discontent of people in Quebec. It cemented the importance of including the different identity groups in the federation to maintain a unified and peaceful federal system. 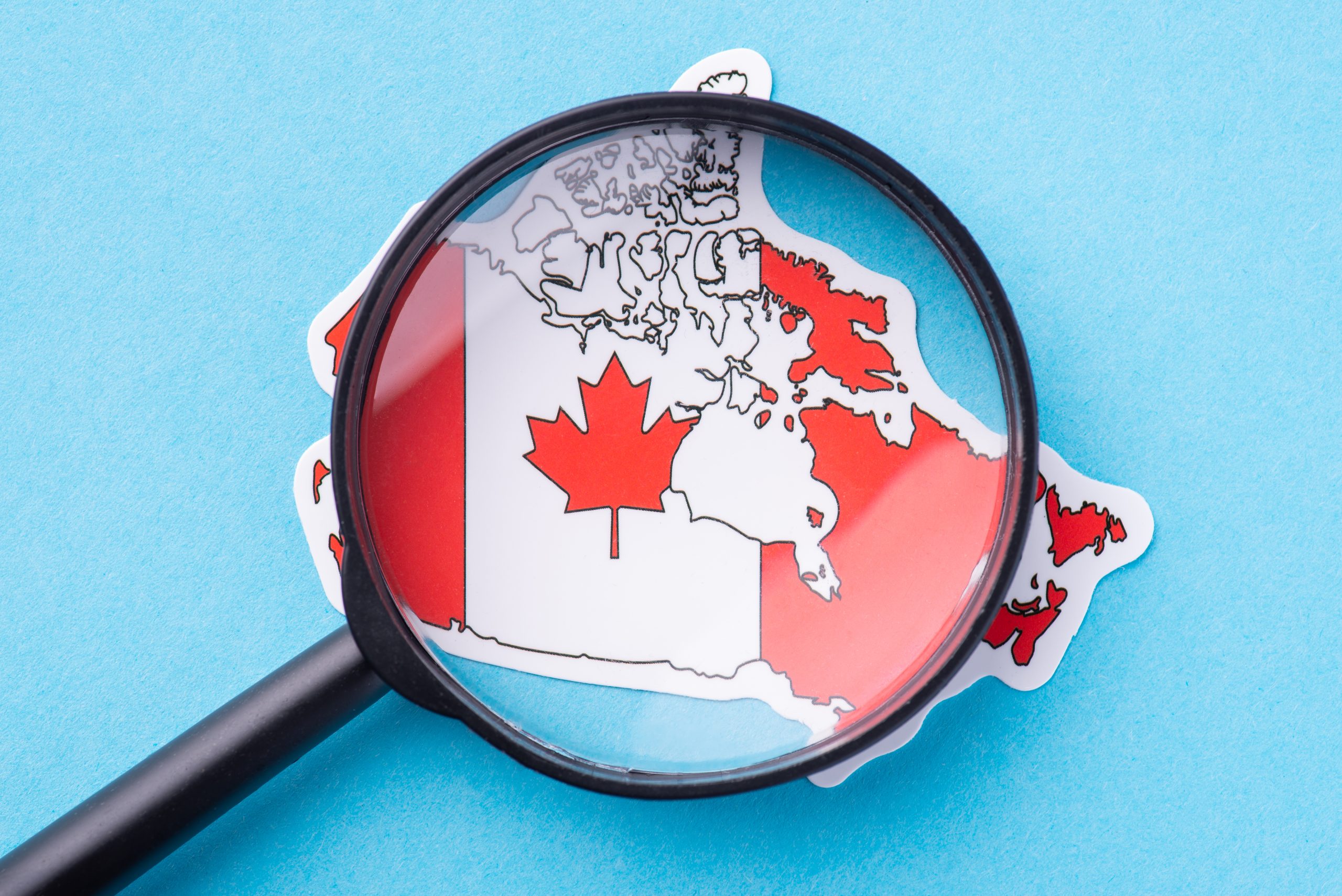 How Can Nationalist or Separatist Claims Affect the Federation?

Identity claims in a federation are a risk if the central government does not find solutions to accommodate diversity while maintaining the unity of the country. Throughout history, many democracies have experienced crises. Demands for secession often create moments of instability for a federal or federal-type system, as has been seen in recent decades in Canada and Spain to name just two. These demands can destabilize the federation, since the integrity of this type of governance model can be fragile (Laberge, 2013, p. 4). It is even more precarious when the demands of the different subnational units within the federation are diverging (Laberge, 2013, p. 4). In the case of Quebec, in the past demands from separatist movements have alienated other Canadian provinces and generated animosity. This has increased tensions and made intergovernmental relations and negotiations between Quebec and the other provinces challenging. Perhaps the best illustration of this is the Meech Lake Accord negotiations in 1990 (Foot, 2006, S.d). An attempt by the federal government to win the consent of the Quebec government to the repatriated Canadian Constitution (which the Quebec government had refused to sign following “La Nuit aux longs couteaux”), the negotiations ultimately failed to produce the political consensus required to bring Quebec back into the Canadian constitutional fold. Many factors were involved in this failure, but one of the most prominent was the Quebec government’s demand to be recognized as a distinct society within the Canadian constitution. This caused discontent among the Anglophone provinces in the country (Warren, Langlois, 2020, S.d).

When one group in a federation calls for separation, it threatens the whole country. These demands in turn will give rise to other demands from other groups. During the Meech Lake negotiations, for example, the agreement was blocked in the province of Manitoba by Elijah Harper, an Oji-Cree politician who refused to back the accord in order to protest the lack of consultation with First Nations during the 1987 constitutional negotiations (Marshall, 2013, S.d). There was also much criticism of the Meech Lake Accord. Former Canadian Prime Minister Pierre-Elliott Trudeau came out as a fervent critic of the agreement (L. Gall, 2006, S.d). Moreover, many politicians and Canadian citizens were against granting Quebec the status of a distinct society, as they argued that if this was permitted, equality between the provinces would no longer be possible (L. Gall, 2006, S.d). This issue was a decisive component of the 1995 referendum. Another and more serious consequence of secessionist demands in a federation is the violence that can result if separatists determine there is no other recourse to achieve their aims. In some cases, separatist demands will be expressed in the form of terrorism, designed to amplify demands for secession and put pressure on political decision makers. Canada has unfortunately not escaped this. The National Liberation Front, a militant separatist group active in the 1960s and 1970s which sought to achieve Quebec independence through political violence, detonated over 200 bombs in places frequented by Anglophones. In October 1970 it also infamously kidnapped and murdered Pierre Laporte, deputy premier of the province of Quebec (Laurendeau, McIntosh, 2013, S.d).

What Kind of Solutions Could Be Brought to Those Federal Systems?

It is obvious that the dynamics between Quebec and the federal government have changed in recent decades. It is also clear that intergovernmental relations in a federation can improve, but this requires political will and effort (Lecours, 2000, par 4)! The federal government must work towards the inclusion of minorities in its institutions. An example of federal government policy that has appealed to Quebecers is the Official Languages Act, which enshrines English and French as the official languages of Canada. The decentralization of power is also an effective mechanism to diminish separatist claims. It is particularly effective, since it allows for a better response to the demands of citizens and groups (Laberge, 2013, p. 55). The priority for the federal government must be to balance the demands of each constituent unit and accommodate them all reasonably; alongside reinforcing the feeling of representation from all groups at every level of governance. It is also important to show that different groups have a place at all levels of governance. Citizens’ sense of belonging can change from one level of government to another. This type of shift has been seen historically in the United States of America. In the decades immediately following the American War of Independence, people felt much greater loyalty to their individual states than to the federation itself (Lecours, 2000, par 4). However, it is clear that the patriotic feelings of Americans have changed over time as the country expanded, became increasingly wealthy and powerful, and developed its own highly codified national “origin story”.

In conclusion, separatist movements in federations are caused by a range of factors. These movements carry several risks for federal countries, but it is possible to work with these different groups to accommodate their desires to protect the cultural, linguistic and other characteristics which define their regional or subnational identities within a complementary national identity. Governments must work together with minorities and not cause or widen divisions between the different groups in a country. In the case of Canada, it is clear that the relationship between Anglophone Canada and Francophone Quebec is not always ideal. The federal government and the Quebec government still have conflicting relations on some issues, but the issue of separation is not as much of a threat to the integrity of the Canadian federation as it once was. Moreover, the situation has changed dramatically over the years. The protection of the French language is still a challenge on a predominantly Anglophone continent, but the willingness of the federal level to support and protect the language rights of Francophones within the federation is now firmly established. An example of this change is the most recent Air Canada controversy. In November 2021, the CEO of Canada’s flagship airline categorically refused – despite advice from the Quebec government and federal languages commissioner – to deliver his speech to the Board of Trade of Montreal (Quebec’s metropolis) in French. The Canadian government was quick to take action on this controversy, with the federal Deputy Prime Minister writing to the CEO with a strong suggestion to implement change and a use of French as quickly as possible. Through many debates, struggles and relationship building, this recent example confirms that Canada is a federation that does value its intergovernmental relations and is committed to protecting the diversity of the people and communities which make up the country.