Federalism in Action – Nepal’s Local Elections 2022: Two Steps Forward but One Step Back? 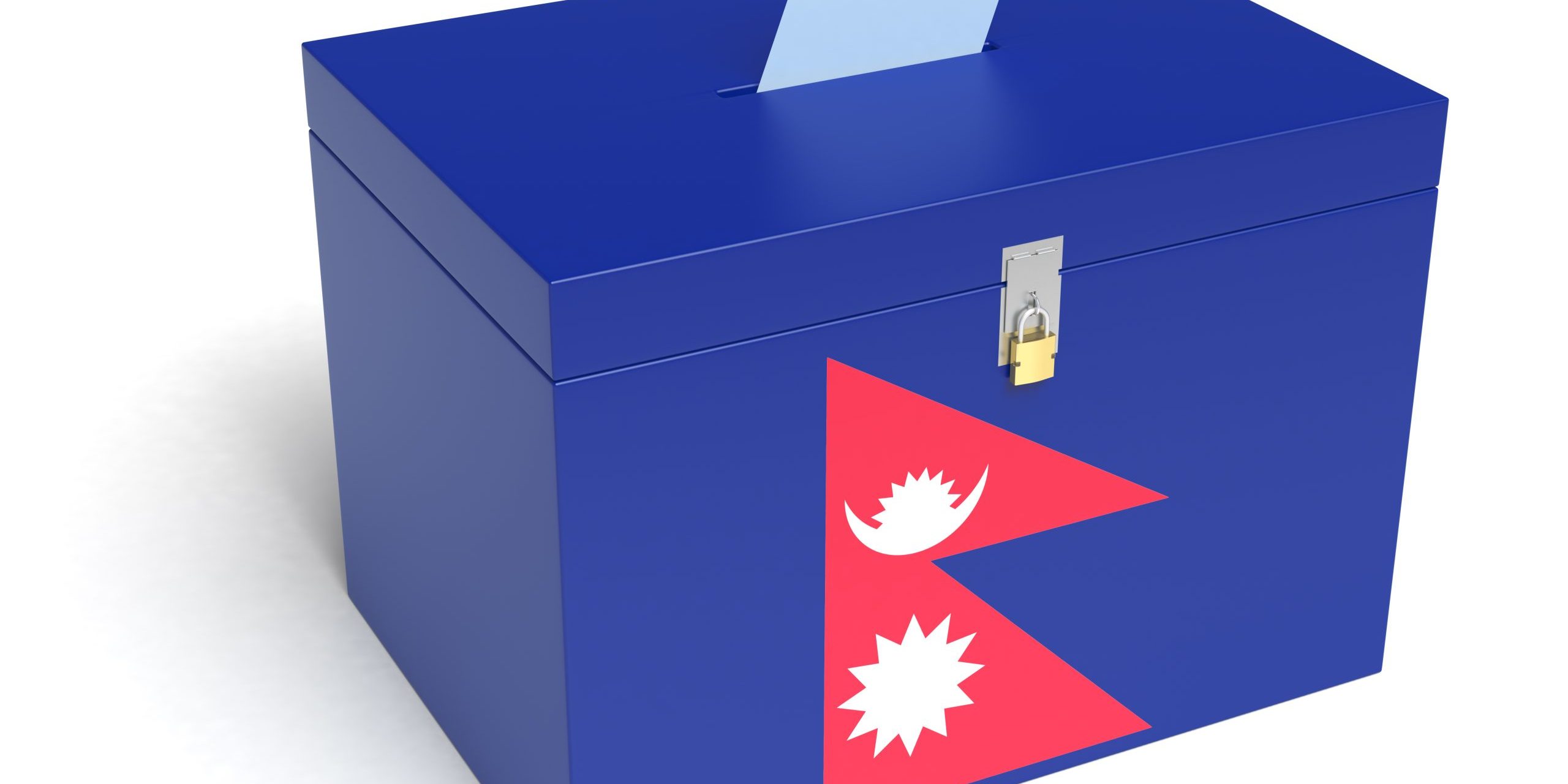 Sagar Manandhar manages the Forum’s Nepal’s country office. He holds a Masters Degree in Business Administration and is currently completing a Masters in Economics and a Bachelor in Law from the Tribhuvan University in Nepal. Before coming to the Forum, Sagar was in investment banking and credit administration in Nepal.

Nepal held local elections on May 13, 2022, giving Nepali voters the opportunity to participate in local government by electing new representatives for five-year terms. This is the second local election held since the adoption of the new federal constitution in 2015. Over 3.6 million young people voted for the first time in this local election, out of a total of 17,733,723 (8,992,010 males, 8,741,530 females and 183 ‘others’) voters.

Sixty-five political parties (of a total of 79 political parties) registered with the Election Commission took part in this local election. There were 145,011 candidates (89,313 men and 55,698 women) who registered to run for 35,221 seats. 390 of them were elected unopposed. Each voter selected seven local representatives including one chairperson and four ward members, as well as the mayor and deputy mayor for their municipalities or the chair and vice-chair for their rural municipalities. Municipalities elected 586 mayors and deputy mayors, while rural municipalities elected 920 chairs and vice-chairs. 6,743 chairpersons and 33,715 members were elected for the 6,743 wards. 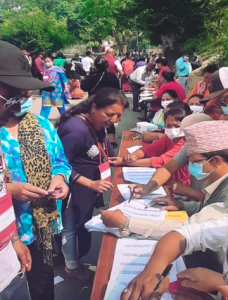 Voters searching for their names in the voting list to cast their votes.

Bumps in the Election Road

According to the Election Commission Nepal (ECN), voter turnout was around 64%. Voter engagement was not as encouraging as expected, particularly in local units with higher numbers of voters. The total number of ballots cast across the country took two weeks to count. On May 14, the day after the election, the ECN stated that it would take at least ten days to complete the count, contradicting its earlier claim that it would complete all of the counting in five days.

The ECN previously stated that the elected local representatives’ terms would expire on May 19 2022, as the first phase of the 2017 local elections was held on May 14. Later, in response to the Supreme Court’s ruling, the ECN reversed its decision and allowed existing members to run for office without resigning. The ECN hoped that this would eventually prevent vacant local units from remaining without representatives. However, at various local levels, vote counting took more than a week. The slow vote counting reflected not only the ECN’s lack of preparation, but also its reluctance towards switching to more orderly and tech-friendly elections.

Questions have been raised about the government and the ECN’s unpreparedness to use electronic voting machines, which could produce faster results while saving time and resources. One of the main reasons for the delay in the count was the complicated ballot paper, which was problematic, both for the voters and also for the officials who counted the ballots. Many voters found it very difficult to cast their votes in this election due to the confusing and complicated ballot papers. As a result, the percentage of invalid votes may be higher than in the 2017 election, in which it was around 17%. The actual figures for invalid votes in the 2022 election will be known only when the ECN publishes the election report, but some preliminary estimates from a number of voting centers show that the proportion of invalid votes is likely to be higher than in the previous election.

Continuity and Change at the Local Level

The ruling coalition won two-thirds of the seats in this local election. This coalition, comprising Nepali Congress (NC), Communist Party of Nepal-Maoist Center (CPN-MC), Communist Party of Nepal Unified Socialist (CPN-US), and People’s Socialist Party (PSP), formed alliances in six metropolises, 11 sub-metropolises, and a number of other municipalities and rural municipalities. NC was the biggest victor, winning 329 mayors/chairpersons and 301 deputy mayors/vice-chairpersons, followed by CPN MC with 121 (mayor/chair) and 126 (deputy mayor/vice chair), PSP with 30 (mayor/chair) and 31 (deputy mayor/vice chair), and CPN-US with 20 (mayor/chair) and 24 (deputy mayor/vice chair) respectively out of the 753 units. The Communist Party of Nepal-Unified Marxist Leninist (CPN- UML), which was the largest party in the 2017 local election, suffered a significant loss and finished second in this election, securing 205 mayors/chairpersons and 240 deputy mayors/vice-chairpersons. Altogether, the ruling alliance won 500 mayors/chairpersons which is 66 percent of the total. The Democratic Socialist Party, one of the Madhes-province based parties, won 16 seats whereas other political parties including four independent candidates won 31 seats. 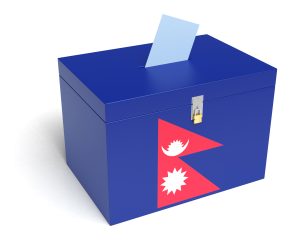 Balen Shah, an independent candidate was elected as the mayor of Kathmandu metropolitan city. He defeated his nearest opponent, a female candidate from the NC hailing from a powerful political family, by a huge margin of 23,426 votes. For the first time in the history of Nepal, a candidate of Madheshi origin, the youngest ever to be elected (as the mayor), was voted for by an overwhelming majority of the citizens of Kathmandu, considered to be the most powerful constituency in the country. Mayor Shah is, at 32 years of age, an engineer by profession and a rapper by passion. It is extremely rare for an independent candidate to win elections, especially that of the most powerful city in the country. However, the rapper-engineer turned politician has captured the imagination of the Nepalese citizens, His victory has inspired many other young people who aspire to enter public office.

Another encouraging result was the victory of a young 29 year-old female candidate Sunita Dangol, as deputy mayor of Kathmandu Metropolitan City. She received the most popular votes (68,612), defeating her closest rival from the CPN-US by a landslide margin of 44,806 votes. She had planned to run for mayor as an independent candidate before running for deputy mayor for the CPN-UML. With the victory of youth leaders for the top two positions in local government, Kathmandu citizens are hopeful for a positive change.

A Backwards Step for Women’s Participation in Local Government

The Constitution of Nepal has provisioned the inclusion of women in all bodies of the State based on the principle of proportional inclusion in order to ensure women’s right to participate[1].  Furthermore, the Local Level Election Act (2017) has provisioned 50% female candidacy for various positions. In terms of women’s political empowerment and social inclusion, Nepal had a successful year in 2017, with women constituting 41% newly elected officials at the local level, whereby women were elected as deputy mayors in 700 out of 753 local units.

However, in the recent election, the government and all political parties failed to ensure women’s proportional representation at all local levels by allocating them at least a position of mayor/deputy mayor in the municipalities and chair/vice chair in the rural municipalities. In the lead up to the elections, the five-party ruling alliance formed an electoral pact, with each party in the alliance nominating male candidates to run for both mayor/deputy mayor, as well as chair/vice chair. This is contrary to the spirit of the constitution:

The government, legislatures and the political parties did not amend the acts and rules that were inconsistent with the constitutional spirit of proportional inclusive provisions. Women leaders and activists feared that women’s representation could be curtailed by the top leaders of the political parties through the formation of an alliance, which gave opportunity for the parties to bypass the spirit and intention of the constitution and election law. One of the causes behind this was the fact that “In all parties, the mechanisms that pick candidates are dominated by males. As local body chiefs and deputy chiefs are executive positions, it is very likely that women candidates are not selected as candidates for both the positions“. Women parliamentarians and activists sought attention in this regard from the PM, ECN and the House, yet the election results show clearly how accountable the political leaderships of Nepal are in matter of inclusion and proportional representation at large. Political parties took advantage of the loophole in election laws but the results show how Nepal failed to retain the achievements of 2017 election in terms of a robust women’s participation at local level.

Although the number of elected women representatives increased overall in the May 2022 election, the number of women occupying the top two positions in local government decreased significantly due to alliance politics. Women make up 41.2% of elected representatives in the most recent election, which is slightly higher than the previous election’s figure of 40.95%. However, while women constituted 48.8% of the elected chiefs and deputy chiefs in the 2017 election, that figure dropped dramatically to 39.1% in the 2022 election. Therefore, the government, legislatures, the political parties, civil society organizations, non-governmental organizations and the ECN at large should collaborate in the future to ensure the proportional representation of women in all state bodies, as guaranteed by the Article 38 (4) of the constitution.

In September 2018, the Supreme Court issued a directive on the fundamental democratic rights of migrant citizens to vote, ordering the government to take the necessary steps to ensure that Nepalese living abroad for work, education, or business can exercise their voting rights. Despite the ruling of the Supreme Court, over 4 million migrant Nepalese were denied the right to vote due to a lack of laws and regulations.

The ECN is unable to assist absentee voters until the parliament enacts and passes legislation assigning it the function and power to do so. Thus, it is the need of the hour that the government, legislatures, and political parties now take decisive action by enacting and passing legislation to ensure the migrant Nepali people’s voting rights by allowing them to vote in the upcoming federal and provincial elections, which the government plans to hold in the middle of November.

The local level election 2022 was largely peaceful, though there were a few reports of clashes between party cadres in some polling stations. Generally it is a very encouraging sign for Nepal’s institutionalization and stability of federalism and democracy. Except for a few incidents where the ECN failed to adequately prepare in terms of timing, security, infrastructure, and voter-friendly election choices, participation by people with disabilities, senior citizens, members of all communities and gender was overall welcoming. The election was also peaceful in the sense that many fringe groups and small political parties participated overwhelmingly in areas where they have a public constituency. The election provided an opportunity for everyone to put their voice to the test rather than making it a source of complaint and obstruction.